Denbigh High school is a highly regarded academy school in Luton, Bedfordshire, part of The Chiltern Learning Trust. In 2016, the headteacher commissioned several large scale wall graphics for the school, as part of a general interior modernisation. Part one of the project was to produce a vinyl wall frieze along the music walls in the music and media corridor.

Our concept began with a desire to explore music globally, and to investigate musical instruments from around the world. We proposed a wall graphics scheme based on the Hornbostel-Sachs system of musical instrument classification.

The Hornbostel-Sachs system classifies all musical instruments based on how they vibrate to produce sound. It was originally created in 1914 by Erich Moritz von Hornbostel and Curt Sachs, but had been updated since then to include a category for electronic instruments.

1. Idiophones – instruments which produce sound by vibrating themselves. Examples include cymbals, xylophones, steelpans and bells..

2. Membranophones – instruments which produce sound by a vibrating membrane. This category includes most types of drum.

3. Chordophones – instruments which make sound by vibrating strings. Examples include the lute and guitar family, the violin family and the zither family.

5. Electrophorus – instruments that make sound electronically. Examples range from early inventions such as the theremin and the Hammond organ to modern synthesizers.

We produced illustrations of the most influential instruments from around the world, and grouped them according to their Hornbostel-Sachs categories. The wall is a visual resource that students can use and be inspired by. The level of detail ensures continued engagement during their five years at the school.

We wanted to embed information of educational value in the wall graphics. In each category, we included interesting snippets of information about the instruments, but also some information that crosses over into other school subject areas such as science.

We managed to include explanations about how cymbals produce sound and how their shape affects their pitch. We showed diagrammatically how a drum membrane causes waves of air particles to propagate through the air. We had a section on how electric guitar pick ups work (allowing us to refer to Faraday’s Law) and how violin strings are caused to vibrate by the action of a bow.

We also decided to do research on the country of origin of each instrument shown in the wall graphics, and label each one with a flag and country name. The overall affect when looking across the wall, is how global the history of musical instruments really is.

As a final artistic touch to our illustrations, we produced a series of experimental abstract drawings that attempt to show visually what each instrument sounds like. The resulting marks and patterns were incorporated into the final music walls design.

‘On behalf of the Headteacher and the rest of the Senior Leadership Team I would like to express our appreciation and recognition for all the work Toop Studio have done in designing our new Music corridor vinyl wall graphics.
They have really captured the wholeness of the music department in one continuous, easy to follow and beautifully laid out piece of art work.
Their knowledge and understanding of the subject matter and how it is best disseminated in a secondary school environment is evident in all aspects of the finished project.’ 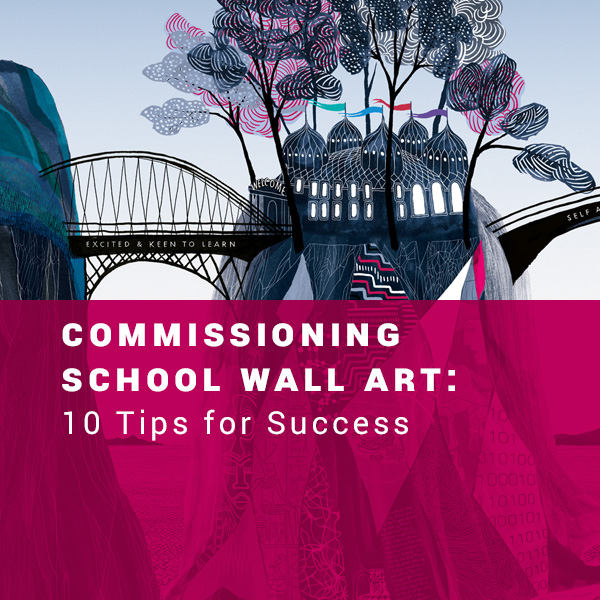 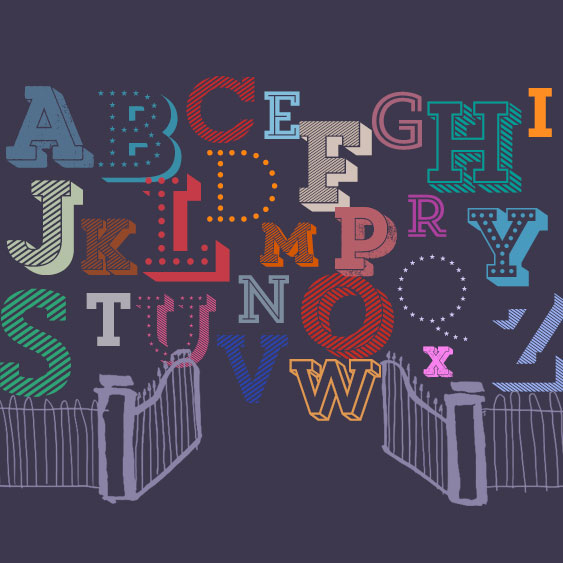 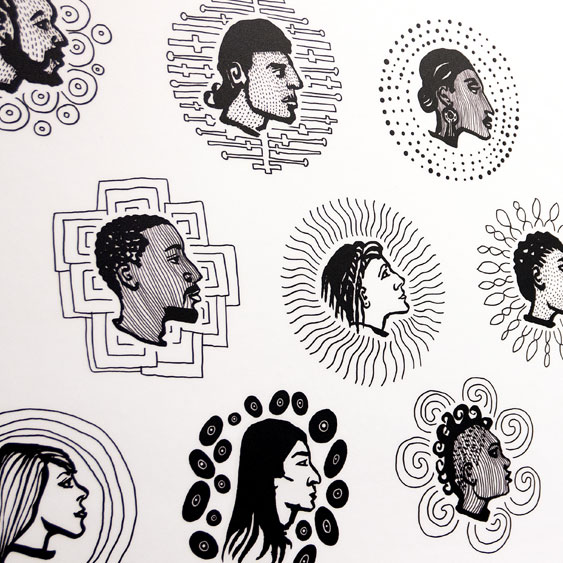 Promoting British Values in Schools is a challenge. This article looks at Toop Studio’s wall… 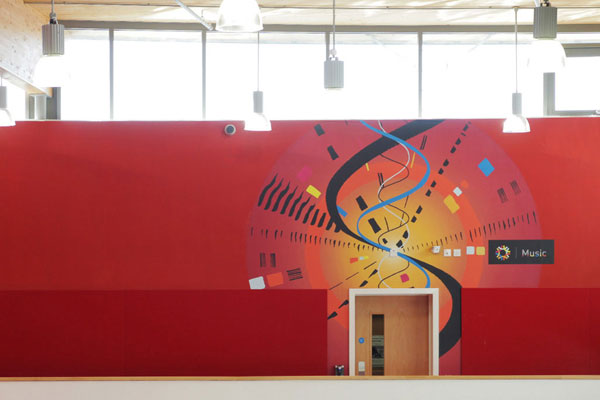