Following our rebrand of the school, and having seen some of our school walls work for The Wellington Academy and Springfield School, the Headteacher commissioned us to design and install floor-to-ceiling wall graphics in their reception foyer.

The brief was fairly open, with the caveat that the school’s inclusive and outwardly looking ethos should feature and that the space should be calm, contemplative and fascinating.

As the foyer is a square-walled space, and the school is separated into 4 schools, we felt it appropriate to theme each of the 4 walls on the 4 smaller schools within Varndean. The schools are named after Maya Angelou (writer, poet, activist), Bertrand Russell (philosopher, activist), Alan Turing (mathematician, computer scientist) and Miss Ellis (Varndean Headteacher 1909–1937).

We took an inspirational quotation from each of these figures as a focus for each wall design. In each case, the content of the quote would be inspiration for the artwork on the walls. Here are the four quotations and some notes on the final artwork of each:

‘We all should know that diversity makes for a rich tapestry, and we must understand that all the threads of the tapestry are equal in value no matter what their colour.’
Maya Angelou

For the Angelou wall, we used the wider analogy of the rich tapestry and beauty of different living species. Since we had decided to work in black and white, we instead used pattern to create a sense of visual diversity. 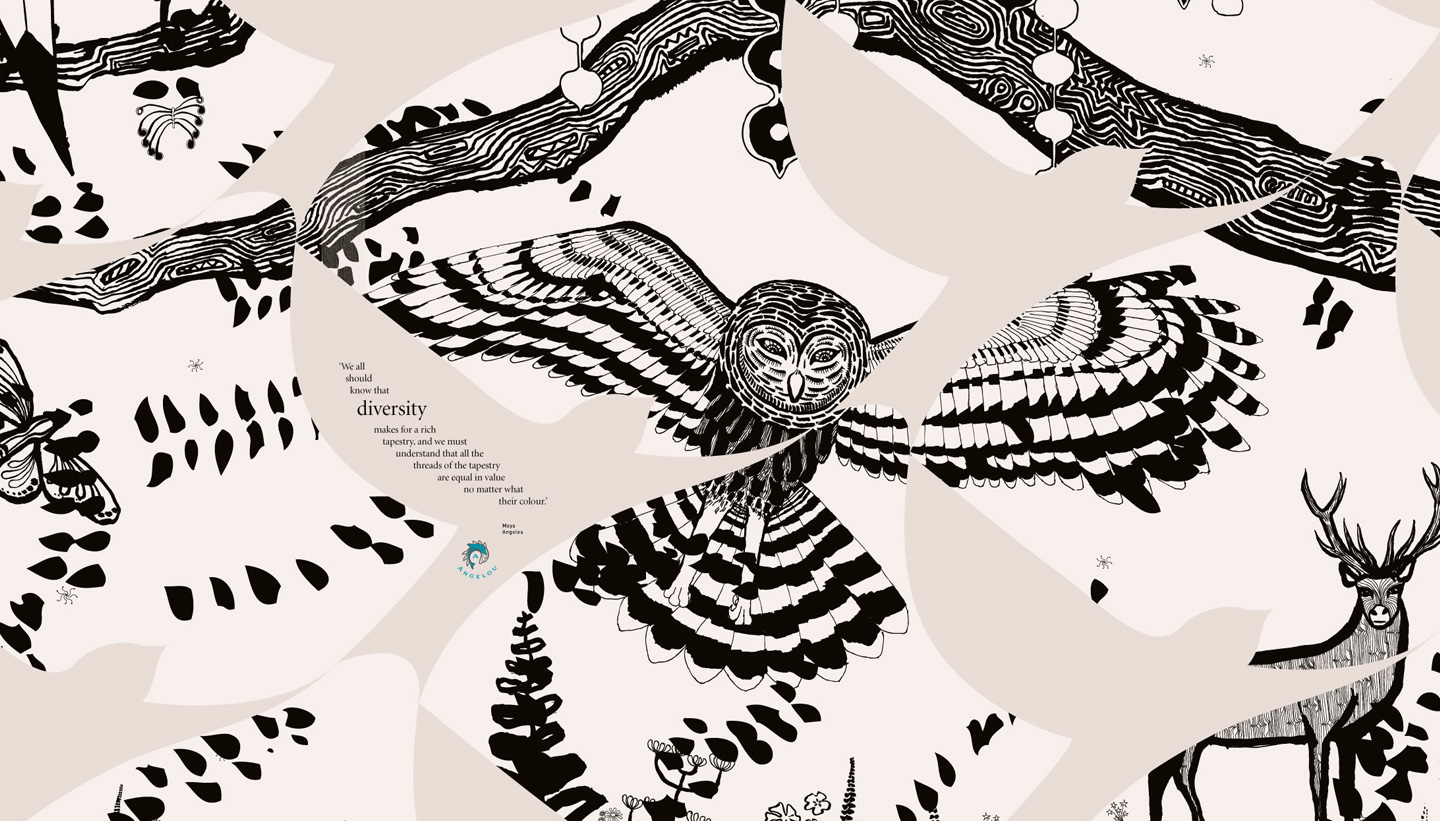 ‘Do not fear to be eccentric in opinion, for every opinion now accepted was once eccentric.’
Bertrand Russell

For the Russell wall, we chose around a hundred well-known people who we felt were good examples of fearlessness and eccentricity. Shadric Toop then produced a drawing that weaves these people into a wall design that hints at creative energy and neural activity.

Through the window in the Russell wall is the reception office. We also designed an abstract colourful panel for the back wall containing the school logo. This creates a visual draw to the reception window when visitors enter the space for the first time. 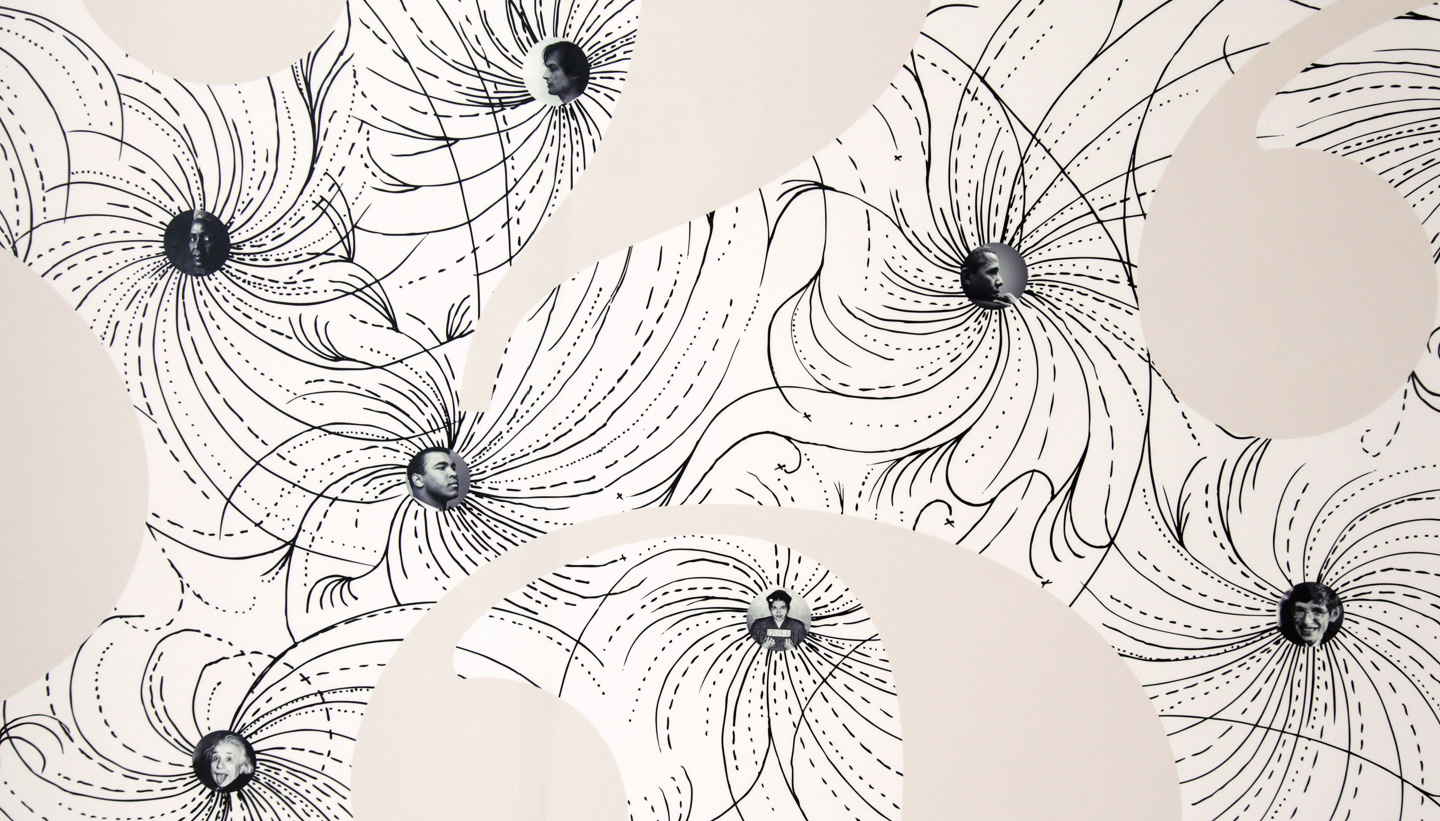 ‘We can only see a short distance ahead, but we can see plenty there that needs to be done.’
Alan Turing

For Alan Turing, the theme was scientific discovery. We also played with the idea of scale by putting drawings of the smallest objects in the universe at the foot of the wall (elementary particles), and then gradually increased the scale of objects depicted towards the ceiling (stars and black holes). 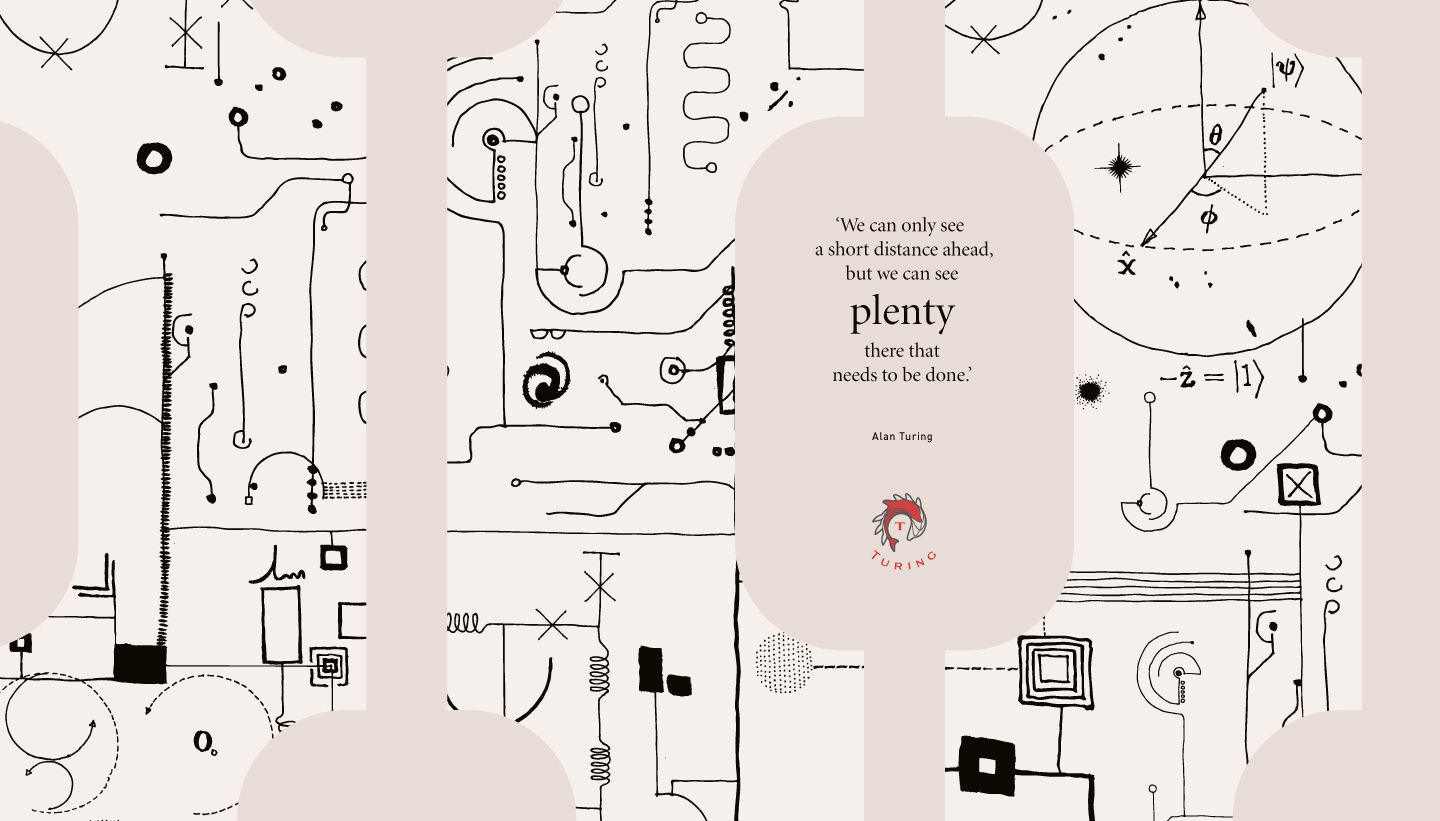 ‘I have always thought that one of the great gifts a school can give its members is a standard by which to judge true worth, true beauty, a touchstone which enables them to make the best use of their leisure as well as of their working hours.’
Miss E.V. Ellis

On the Ellis wall, we responded to her narrative about how schools should prepare young people for life outside school. The artwork depicts an imaginary journey in the form of a stylised landscape that begins in the school grounds and then expands outwards encompassing the local town and villages, our capital city, and beyond across mountain ranges and seas to other lands. 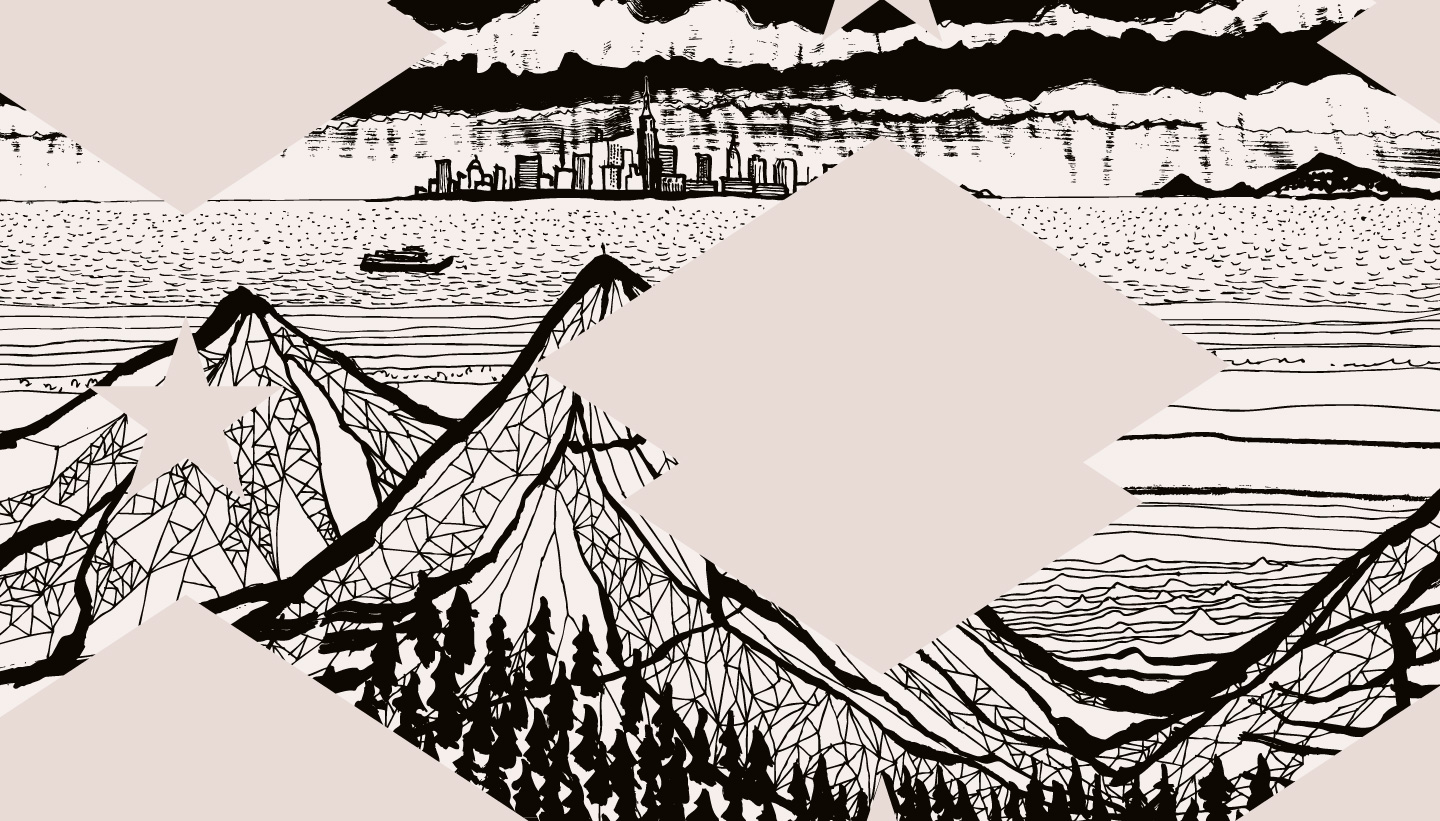 ‘Shadric has worked with us for many years. He attunes to the spirit of your thinking then projects it in ways that create great beauty. A true artist.’