A set of illustrations created for the 2019 Glyndebourne Festival and Tour. The illustrations are a combination of collage, painting and drawing. They formed the visual identity for the season, appearing in Glyndebourne programmes and on the website.

Included in the Festival set are:

The cover image introduced a surreal collage-based visual identity to represent Glyndebourne’s Festival and Tour in 2019.

The artwork combined images of the gardens and grounds at Glyndebourne with musicians, performers and picnicking audience members. There are more surreal elements too, such as foxes, badgers and other animals dressed for the opera. There are also streams of isolated smiling mouths, ears and eyes that represent the sensory experience that Glyndebourne operas offer.

See the artwork in the original Glyndebourne Tour 2019 brochure

An example of the artwork still in use on the website.

(Rossini)
See the artwork in use

(Massenet)
See the artwork in use

Included in the Tour set are:

The visual identity for the tour in 2019 was an evolution of the festival collage-based artwork. The concept for the tour hero image was based on a tree.
See the artwork in use 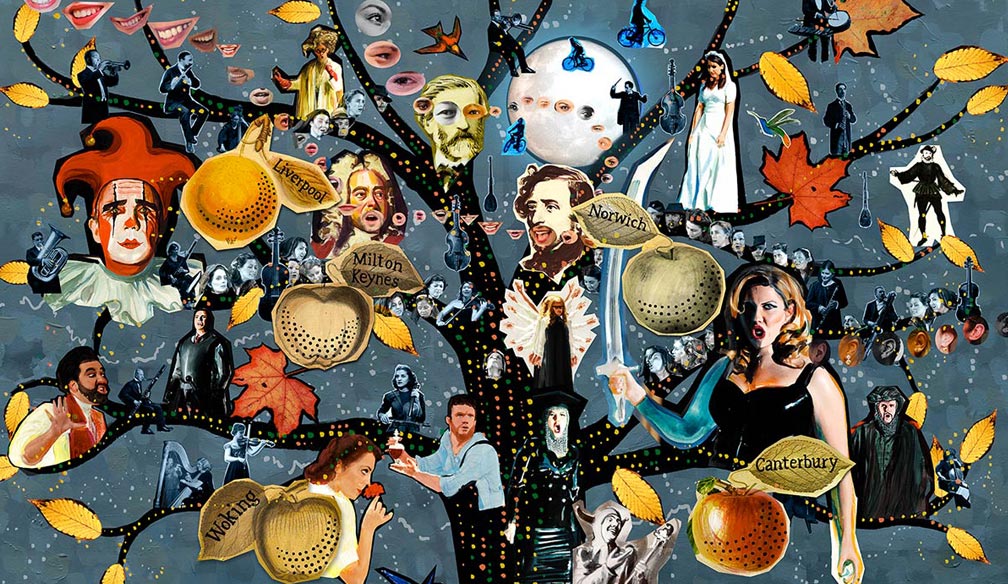 (Verdi)
See the artwork still in use

‘The artwork is lovely and really goes very well with our concept. Once again we are thrilled by the beautiful artwork created by the design team which includes so much of our dramaturgy.’

‘these are AMAZING! Thank you so so much!’

‘Everyone loved your creative – thank you for all of your efforts on it.’