Grange Park Opera is based in West Horsley Place in Surrey, England. It was founded in 1998 by Wasfi Kani CBE. The opera company has staged more than 75 operas to date. It is one of the major summer opera festivals in Europe.

Wasfi Kani commissioned Shadric Toop to create a series of illustrations to promote the opera house, beginning with the 2019 Season. The overall theme for the set was ‘Opera in the Woods’.

In addition, the artwork appears on various products on sale in the Grange Park online shop. 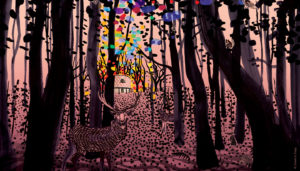 My brief was to visually represent their 2019 season on the theme of ‘Opera in the Woods’.

I responded to Grange Park’s beautiful wooded surroundings initially through a series of ink drawings. This included a variety of wild animals that are known to live in the area. A stag takes centre stage in the design. The stag became the emblem for the season. It was used in other ways such as for a projection on the opera house building.

In the final image, the opera house sits deep in the woods. Music emanates from the building, which is depicted as colour seeping into the surrounding leaves and trees. 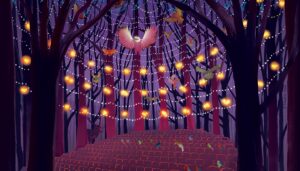 Following the success of the 2019 illustration, Grange Park commissioned Toop Studio to produce a new image for the 2020 season. Due to the pandemic, this season was eventually postponed to 2021.

For the new season’s illustration, I was to stay within the overall concept of ‘Opera in the Woods’. The image had to be stylistically related to the previous one, but beyond that, the brief was open.

My idea was to move inside the opera house. I wanted to continue to run with the otherworldly feeling of the previous image. In this new artwork, it is as if the building has grown out of the trees.

I introduced some birds. These birds act as a multifaceted analogy: Firstly, the birds represent the audience. They have flocked together to watch a performance not shown. Secondly, the birds gave me a way to represent social distancing. This was an unavoidable feature of this season due to the pandemic.

Lastly, the birds are symbols of the beauty of the music. In the previous illustration, I used coloured ‘leaves’ to do this. Beautiful birds soar upwards and circle around the tree-lined auditorium.

The illustrations from each season were printed on various products on sale in the Grange Park online shop. 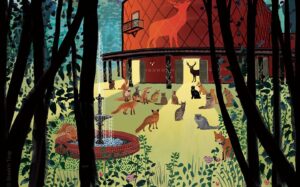 This was the third instalment in the Grange Park Opera illustrations series.

In the previous two covers, I used woodland animals and birds rather than people to bring ‘life’ to the scene. I took a slightly more surrealist route for the 2022 season, introducing foxes and cats as the arriving audience. The cats adorn jewelled collars; the foxes, bow ties.

The stag, which has become a reoccurring character, welcomes the other animals. A stag is also projected onto the side of the building. This is something that happens in real life (see pictures above). Music (represented by beads of light) emanates upwards from the roof, reflecting the diamond brickwork.

There are three things that are remarkable about Shadric.

(i) He is an exceptional artist

(ii) He conducts himself without vanity

(iii) He deeply considers your goals and is only happy once you are happy.

We are on the planet for just a few hours, so we want to work with people who are both pleasant and brilliant: Shadric. 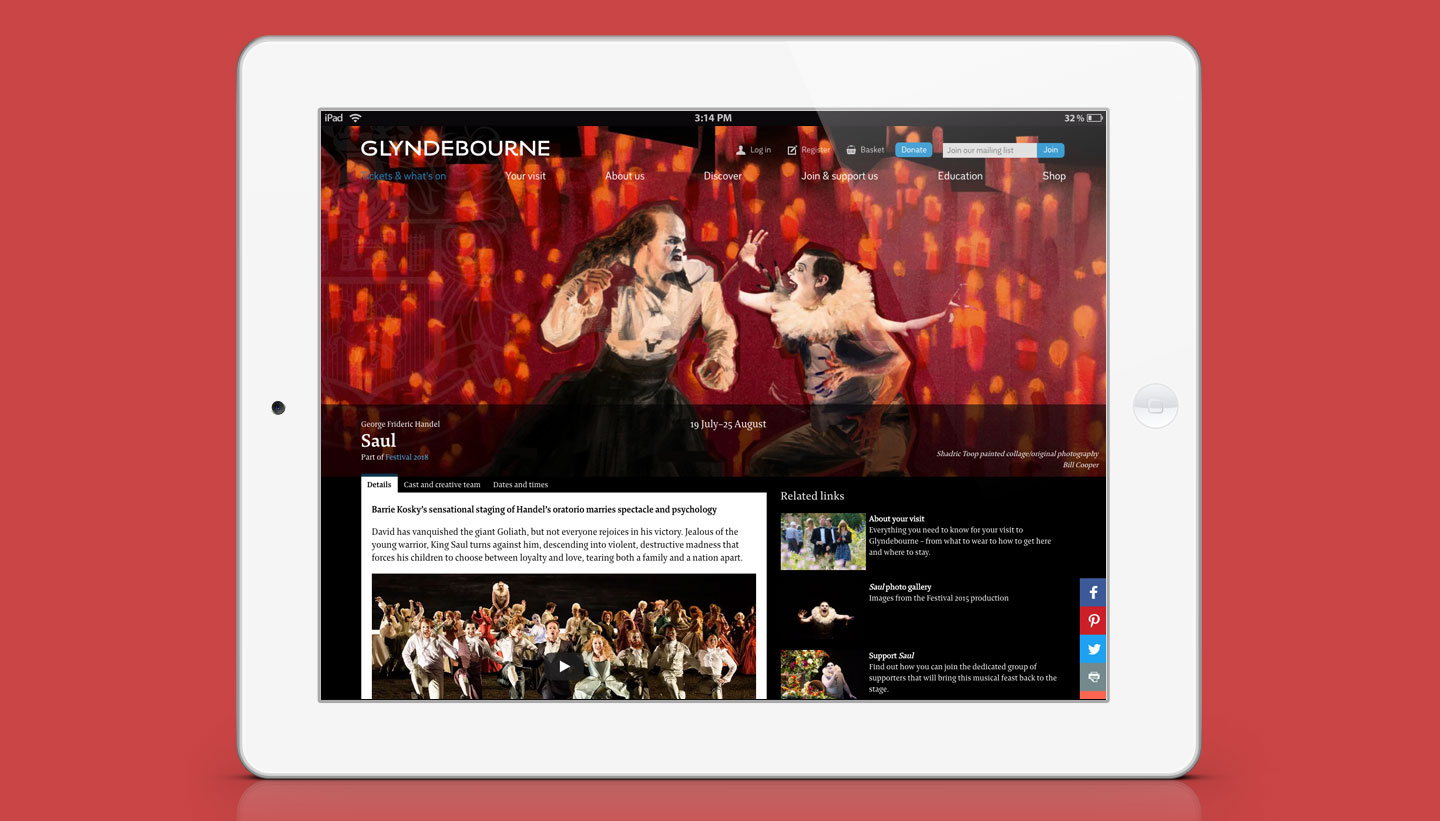 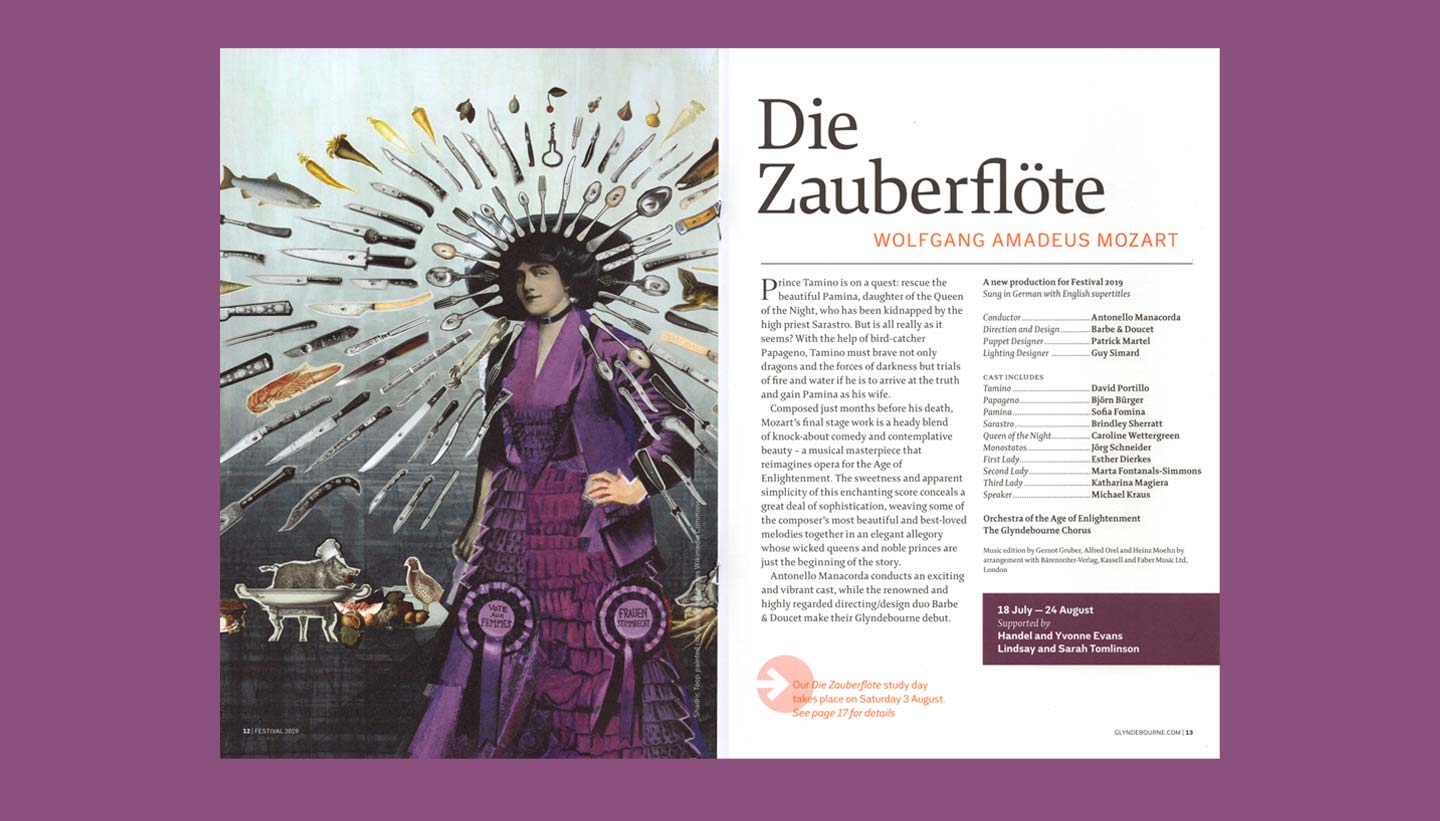