The brief was to create an engaging piece of artwork that encapsulated the school’s values.

We started by reviewing their School Improvement Plan, which includes a set of ‘student statements’:

As a result of my time at Varndean I will become:

‘Self assured and undaunted by life’s challenges’

‘Self aware and well rounded’

‘An agent for change’ 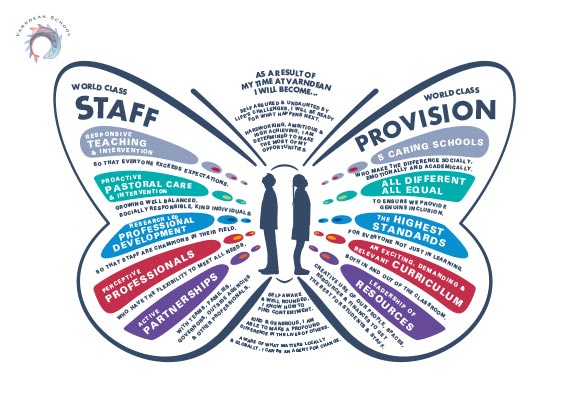 Our approach was to come up with a visual analogy for the school’s plan and values, translating those ideas into artwork which engaged and inspired and encouraged engagement with the school’s ideals.

We settled on the idea of school education as a journey. This led to the concept of five islands, which represent both the five year-groups and also the five smaller schools at Varndean (they have a smaller school pastoral system in place).

The mural was influenced by the artists Hokusai and Hiroshige, the great masters of Japanese woodblock prints. Shadric Toop, who created the intricate illustration, also took inspiration from classic children’s book illustrators such as Laurence Hutchins as well as contemporary artists like Sandra Cinto and Grayson Perry. 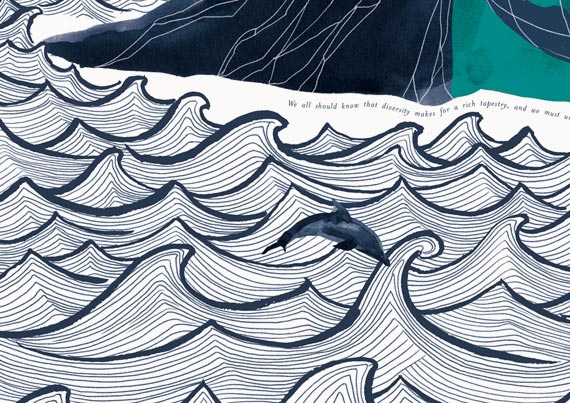 The final mural takes you on a journey across five islands of learning and discovery. The rock formations within the structure of the islands contain an eclectic array of patterns, words, diagrams and drawings. These drawings illustrate all the subjects, activities and learning that takes place day by day at the school.

Connecting each island to the next is a bridge. Each bridge contains the essence of one of the ‘student statements’ listed in Varndean’s plan. 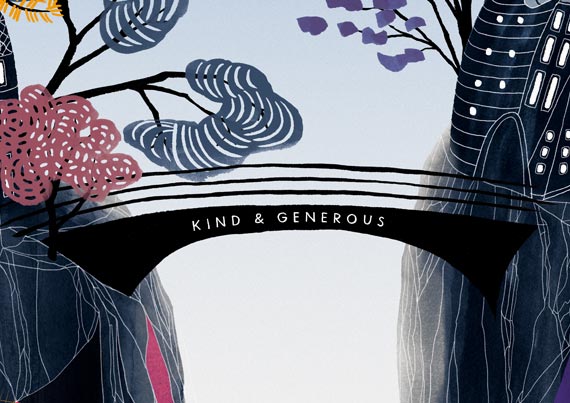 ‘Reception artwork is up and looks great!

We have been working with Shadric for over 15 years and his work never fails to impress.
Wherever you look in our school his work can be seen through the branding he has helped design to the murals and signage. Shadric has an amazing eye for detail and always surprises us with the design elements he uses to make his work unique and unlike other schools.

Shadric is great to work with and he takes your half-formed ideas and creates something you could never have imagined. I have no hesitation in recommending him to other companies (although I would if it meant he had less time to work for us!)’